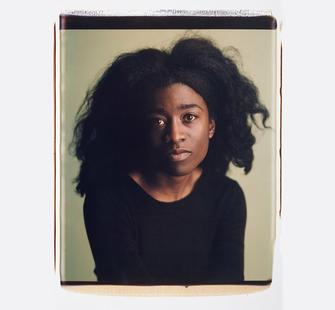 This new work examines the historical and cultural dynamics in an interracial relationship, through time and across lifetimes. With scenes radiating forward and horizontally through time, Roman and Julie challenges the conventions of realism by engaging the audience in one couple’s intimate world. Resisting neat, linear plot structures, the play follows the two characters' process of assigning meaning to their experiences in the third act of their lives.

Playwright Alva Rogers’ writing uses magic realism to explore themes of American identity. She was a co-founder of the performance collective/theater troupe Rodeo Caldonia, and her works for the stage include scooping the darkness empty, the doll plays, and the musicals Night Bathing, Sunday, and the Mermaid. Her radio plays Aunt Aida's Hand and Stained were produced for National Public Radio and she is featured in the 1991 film Daughters of the Dust. She lives in New York. Learn more at alvasworld.com.

Lowry has taught at Berkeley Repertory School for Theater, California Shakespeare Company, Marin Shakes, Word for Word Theatre Company and StageWrite. Her television acting credits include Trauma and Parenthood, and she is a company member of Indra’s Net Theater Company.

Roman and Julie: A Staged Reading of a Play-In-Progress by Alva Rogers

We're sorry! Tickets are not currently available online for this event. Please contact our box office at 408-961-5858, Monday-Friday, 10am-4pm for additional information.