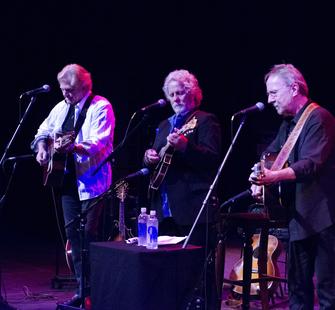 Chris Hillman
Time Between: An Evening of Stories and Songs featuring Herb Pedersen and John Jorgenson

With a six-decade career, Chris Hillman is more than a rock star: he’s one of the architects of American music. Co-founder of Rock and Roll Hall of Famers the Byrds as well as the Flying Burrito Brothers, Manassas, and Desert Rose Band, he has carved a permanent niche in the country rock genre.

In Time Between, Hillman shares the stage with the best of his peers: their singing and harmonies make for a magical night of music.