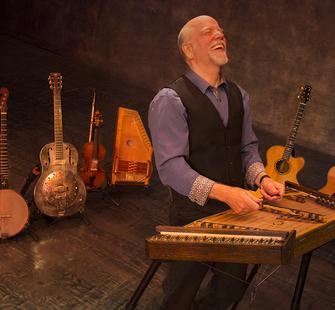 John McCutcheon has emerged as one of the most respected and loved folksingers of our time. Though he may have thirty-odd recordings that have garnered him seven Grammy nominations, it’s performing live on stage that McCutcheon feels most at home.

With a mastery of a dozen instruments (including the rare and beautiful hammer dulcimer) complemented by “storytelling that has the richness of fine literature,” McCutcheon weaves intimate, insightful, and often hilarious canvasses on which he draws his vision of Americana.