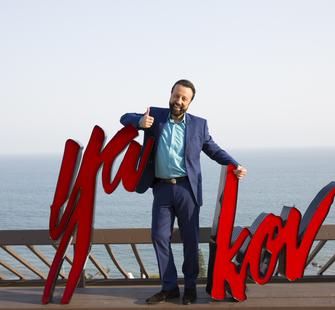 After leaving Russia in the 1970s, Yakov Smirnoff came to this country with nothing but a dream. Not even knowing the language, he humbly began working as a bartender in New York, where he was able to tell jokes each night after his shifts. As his English improved, Smirnoff grew in popularity and eventually moved to Los Angeles. From The Tonight Show with Johnny Carson to movies with Tom Hanks and Robin Williams, Smirnoff soared to the top of the comedy world.

His lovable view of life through the eyes of a poor immigrant captured the hearts of America. With the heart of dreamer, Yakov Smirnoff has made the impossible possible and continues to inspire others with his catchphrase that America is still, “What a Country!”