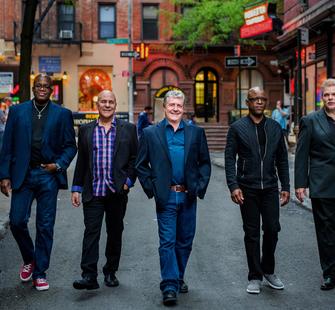 Spyro Gyra is the unlikely story of a group with humble beginnings in Buffalo, New York, that has continued to reach an international audience for over forty years, with over ten million albums sold and five thousand shows played. Since the 1970s, these jazz fusion giants have been a commercially successful pop-jazz group whose music combines R&B and elements of pop and Caribbean music with jazz which emphasize danceable melodies.

JazzMonthly.com says, “Original songwriting and the show-stopping performances that continue to thrill audiences everywhere. As masters of improvisation, they stay true to the music, allow its full expression, then let it take on a life of its own.” The multi-Grammy nominated musicians refuse to slow down as they continue to delight audiences the world-over.