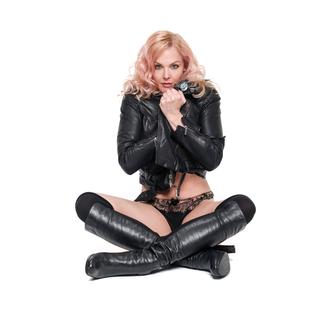 Storm Large: musician, actor, playwright, author, awesome. She first shot to national prominence in 2006 as a finalist on the CBS show Rock Star: Supernova and made her debut with the band Pink Martini in 2011, singing four sold-out concerts with the National Symphony Orchestra at the Kennedy Center.

Brady Schwind of BroadwayWorld writes: “...a high priestess of blues and rock, [...] Large has, in the decade and a half since that seminal television finale, conquered everything from symphonies to the subversive; knocking the American Songbook off its dusty pedestal and into the burning heat of rebirth in the process.”