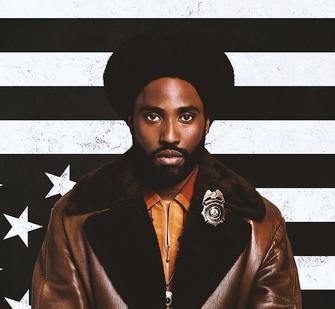 Based on the memoir of Ron Stallworth (John David Washington), the first African-American detective to serve in the Colorado Springs Police Department, this darkly comedic film follows Stallworth as he sets out on a dangerous mission: to infiltrate and expose the Ku Klux Klan. The detective soon recruits a more seasoned colleague, Flip Zimmerman (Adam Driver), into the undercover investigation of a lifetime. Together, they team up to take down the extremist hate group as the organization aims to sanitize its rhetoric to appeal to the mainstream.

Both provocative and timely, this return to form by director Spike Lee received six Academy Award nominations including Best Picture and Best Director.