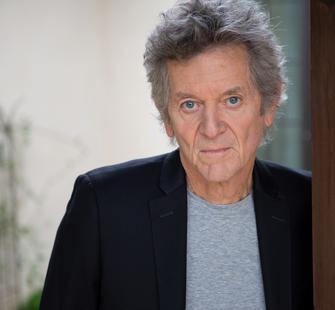 The music of legendary Houston-born singer/songwriter Rodney Crowell honors country's past while adding a rock ‘n’ roll punch. For four decades, he has been a mainstay of Americana, with albums like the 1988 Diamonds & Dirt—which generated an unbroken string of five #1 singles, including “She's Crazy for Leavin’,” “After All This Time,” and “Above and Beyond” —and the 2013 “Old Yellow Moon,” recorded with longtime friend and creative partner Emmylou Harris.

A member of the Nashville Songwriters Hall of Fame, his songwriting legacy makes him an icon among giants. He has written chart-topping hits for Johnny Cash, Waylon Jennings, Keith Urban and more. But owing to the distinctly universal, literary quality of his writing, has also penned songs for artists as diverse as Bob Seger, Etta James, the Grateful Dead, John Denver, Jimmy Buffett, and others.

For this concert, Crowell and his trio will perform twangy two steppers alongside hard-driving blues rockers, dusty cowboy ballads, and windblown prairie gems.