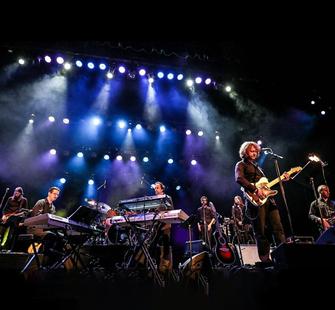 Founded in 2003 by Craig Martin, the Classic Albums Live concert series has drawn thousands of music lovers wanting to hear the greatest albums ever recorded performed live—note for note, cut for cut—without gimmickry and cheesy impersonations. “Think of it as a recital,” says Martin. Relying only on the music itself and a group of peerless musicians, Classic Albums Live has positioned itself as a mainstay in Performing Arts Centers across North America

This fall, Classic Albums Live will work their magic on the 1979 Tom Petty and the Heartbreakers album, Damn the Torpedoes. Sing along as they perform each track, including the hits “Refugee,” “Don’t Do Me Like That,” and “Here Comes My Girl.”