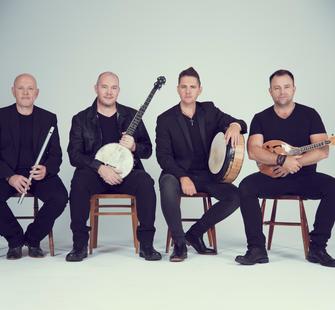 The heirs of Ireland's folk heritage, The High Kings first exploded onto the scene in 2008. Charting a brave course for a bright new era of Irish ballad music—equal parts rousing and reflective—they sing the songs of yesteryear in a contemporary style and arrangement that remains true to the original.

The High Kings boast incredible versatility and skill, playing 13 instruments between the four of them. Performing hundreds of sold-out shows in Ireland and the US, they beguile audiences with rousing renditions of old favorites and their own folk originals.

Together, they have moved the Irish ballad tradition into the here and now, carrying along with them steadfast older fans while simultaneously bringing the music to a new audience.