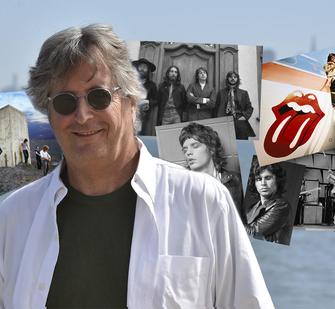 Ethan Russell: The Best Seat in the House

Only a handful of people were backstage with the Rolling Stones at Altamont or watched The Beatles very last live performance together on the roof of Apple Records. Ethan Russell is one of them.

In 1968, Russell was a young American with a Nikon camera living in London and aspiring to become a writer. Just a few years later, he was one of the foremost music photographers in the world, and is the only rock photographer to have shot album covers for The Beatles, The Rolling Stones, and The Who.

In this multimedia showcase, Russell (a Grammy-nominated rock photographer, director, and author) will guide audiences on a behind-the-scenes journey through music history as he shares his extraordinary life through a historic collection of photos, a soundtrack of rock classics, and the perspective of a thoughtful, intelligent writer. You will relive the rock ‘n’ roll era from his standpoint: truly, the best seat in the house.