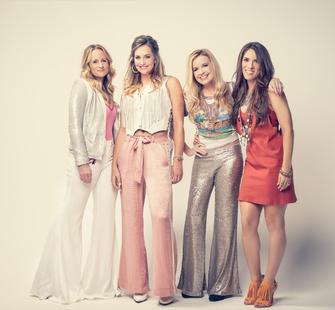 Named after the haunting Bob Dylan song, Farewell Angelina is an all-female country group featuring four powerhouse vocalists, dynamic songwriters, and accomplished multi-instrumentalists. Their blend of heart-stopping harmonies over blazing double violins and guitars has drawn comparisons to the Dixie Chicks and earned them soaring praise.

They have been included among Rolling Stone Magazine's “New Artists You Need To Know,” and Roughstock's “Ones to Watch” with a touring schedule to prove it: the girls have opened shows for the likes of Kenny Chesney, Old Dominion, Frankie Ballard, Jake Owen, Billy Currington, Maroon 5, and Trace Adkins, to name a few.